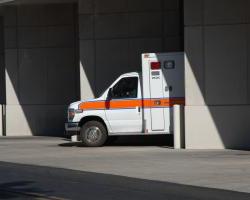 Refeeding syndrome symptoms may occur when a person receives a large intake of carbohydrates following a period of starvation.

A severe shift in electrolytes takes place when an individual consumes a quantity of complex carbohydrates after a prolonged period of food deprivation. This in turn, causes fluid imbalances in the body, leading to the potentially fatal conditions of hypophosphatemia and heart failure.

Hypophosphatemia refers to an abnormally low concentration of phosphates in the blood stream. This is linked to the transport and cellular uptake of phosphorus and potassium due to excess insulin secretion. Refeeding syndrome symptoms arise when the malnourished person no longer needs to utilize stored fat and protein, and instead metabolizes carbohydrates. The resulting rapid discharge of insulin causes the drop in serum phosphate, producing the clinical symptoms of refeeding syndrome.

Unfortunately, certain early signs of refeeding syndrome may go undetected as they are somewhat unspecific. However, symptoms such as generalized weakness, seizures, muscle fibre breakdown, white blood cell dysfunction, low blood pressure, respiratory failure, arrhythmias, cardiac arrest, and sudden death have all been documented as part of this serious and even fatal syndrome.

Refeeding syndrome symptoms can be of concern to those recovering from eating disorders such as anorexia, as they are at risk of developing hypophosphatemia when starting to eat again. Medical supervision and monitoring by nutritionists and other health professionals familiar with this condition can help improve the outcome for those individuals struggling to re-gain normal eating behavior.