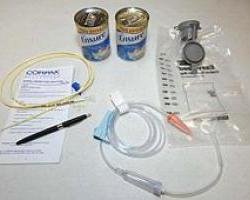 There are many proponents who feel it is important to do whatever is necessary to save the life of someone suffering from anorexia nervosa. However, mental health care experts are on the fence about force feeding an anorexic and for many different reasons.

Right to Life? Even When Forced?

It’s true that force feeding may be what is necessary to keep an anorexic alive. This disorder is psychological in nature which is why it is very important that any type of forced feeding or forced treatment needs to be administered under the care and expertise of an eating disorder specialist and mental health professional. If someone is suffering from severe malnutrition, their mental functioning could be seriously impaired. These individuals could die before ever receiving any type of intervention or counseling. If a person is in danger of dying from anorexia, force feeding to keep them alive may be completely necessary.

However, some say an adult should never be forced into doing anything. Because recovering from an eating disorder is extremely difficult and sometimes, it becomes necessary to administer care and treatment in the name of preserving life.

Force feeding someone with anorexia is entirely legal, as is treatment for someone who is ill and requires medical attention. Someone who is going through anorexia is severely ill and may require hospitalization if they refuse to eat. It may be considered unethical and illegal to not treat this individual, much as it would be if a hospital were to refuse to treat a car accident victim or someone who suffers a trauma.

Someone who is suffering from anorexia may need to be force fed if they refuse other types of treatment or refuse to eat altogether. Some people feel hospital force-feeding is traumatic and a violation of a person’s rights. However, someone with anorexia is suffering not only physically but psychologically too, and extra psychiatric care is vital in order to save the person’s life.

People who engage in starving themselves and practice self-harm are not capable of making the best decisions for themselves. A person with anorexia does not have the ability to see what is in their best interests nor can they make sound, healthy decisions. Forced feeding is a decision that is made after careful and considerate thought, because the benefits outweigh the risks and it is better than letting the individual continue engaging in harmful habits and behaviors.

Anorexia is a complicated mental health disorder that makes a person think it is okay to starve themselves, sometimes to the point of death. Some people with this disorder even truly believe what they are doing is not dangerous or harmful, even though there is physical evidence to the contrary.