Being Born In The Spring May Increase Odds Of Developing Anorexia 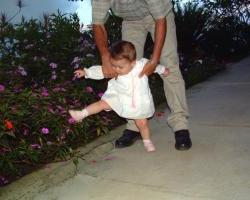 A new study from the University of Oxford has found an association between being born in springtime months and later developing anorexia.

The trial was a meta-analysis that pooled data from four cohorts of patients diagnosed with anorexia. The included including 1293 patients from the United Kingdom.

Researchers found a disproportionate number of people diagnosed with anorexia to have been born between the months of March and June. There was 15% more cases of anorexia in patients born in spring than expected. Conversely, there was a 20% deficit of people with anorexia who were born in the autumn months of September through October than expected.

The study only demonstrated an association between springtime birthdate and development of anorexia; it lacked sufficient power to demonstrate a cause and effect relationship between these factors.

Reason as to why people born in spring may be at increased risk of developing anorexia is unclear. Possible causes may include seasonal changes in temperature and sunlight levels, vitamin D levels, maternal nutrition, and exposure to infections.

You can read the abstract of this study published in the “British Journal of Psychiatry,” at
http://bjp.rcpsych.org/cgi/content/abstract/bjp.bp.110.085944v1