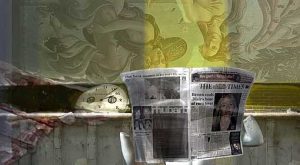 Once you’re diagnosed with an eating disorder, it can feel like a weight has been lifted from your shoulders. You have an identity–something that gives you an explanation for your behavior and the hopeful promise of getting better.

But what about eating disorders that don’t have a name? When you don’t fit the criteria for, say, anorexia, but you’re not a bulimic either?

The eating disorder with no name

Then you have an eating disorder called EDNOS: eating disorder not otherwise specified. According to the National Association of Anorexia Nervosa and Associated Disorders, about 70 percent of all eating disorders fall under this umbrella. Patients with EDNOS don’t meet the classification criteria for one disorder, or they might exhibit symptoms of many.

So why is this important? Medical health professionals are saying that too many people are falling off the radar screen, thinking that because they don’t have an anorexia or bulimia diagnosis, their disordered eating habits aren’t a problem. Douglas Bunnell, clinical psychologist and vice president of eating disorder treatment facility The Renfrew Center, explains:

“It’s still a misperception out there that these are relatively benign sorts of disorders or diets gone bad. These are life-threatening, serious illnesses. They have the highest mortality rate of any psychiatric diagnosis.”

EDNOS has a mortality rate of about 5.2 percent, which is higher than anorexia or bulimia. It can be tough to diagnose given that patients may exhibit erratic behavior when it comes to eating or purging.

More information about EDNOS treatment options can be found on the Renfrew Center Foundation’s website.