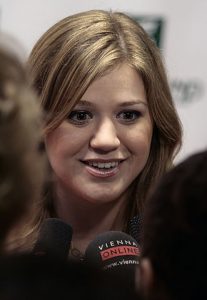 Being a young female celebrity comes with its challenges.

Among them, the media constantly wants to blast you about your body–whether you’re too fat or too thin. Kelly Clarkson was the recent target of anorexia rumors by U.K. Mirror‘s Sunday Celebs edition. But the singer is talking back, saying the paper misquoted her.

The headline that ran alongside Clarkson’s photo read, “No one on the planet should be as famous as me,” and the article insinuated that the singer had anorexia.

Clarkson said the paper made her sound “obnoxious” and “arrogant,” and denies that she has–or ever had–an eating disorder.

“I have never had anorexia nor did I ever say ‘no one should be as famous as me.’ I said in the interview, when asked about fame, that I have no desire to be as famous as Britney [Spears] or Madonna. I said that kind of fame was too much for any person and that I have experienced a portion of what they deal with and that I didn’t handle that well and I’m happy where I’m at in my career. Nice job Mirror.”

Clarkson notes that the paper clearly misrepresented her. After calling out the paper’s lies and getting a positive response from friend and fellow “American Idol” contestant Jordin Sparks, Clarkson reiterated her point on Twitter.

“I just can’t stand when people do stuff like that. It drives me bananas.”

Clarkson’s fluctuating weight has been a point of media scrutiny ever since she rose to fame after winning “Idol” in September of 2002.