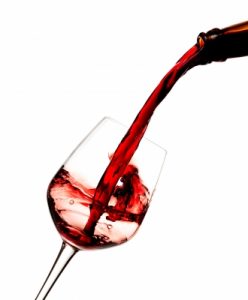 It’s easy to see how the relationship between alcohol and binge eating can be a dangerous one.

Studies have shown that even small amounts of alcohol can lead to lowered inhibitions and more mindless snacking – but new research suggests this overeating could add up to thousands of calories.

A study conducted by Slimming World, a UK weight loss organization, found there is a “tipping point” when it comes to drinking, after which an individual’s resolve to not eat becomes significantly worn down. After surveying 2,042 people, the study showed that three alcoholic drinks was usually enough to cause a 6,000 excess of calories over the next 24 hours. About 4,000 extra calories tend to be consumed the night of the drinking, while 2,000 more are consumed the next morning, the survey revealed.

Not only does eating behavior seem to drastically change after just a few drinks, but participants also reported cancelling their regular workouts or sports activities following a night of drinking. Not surprisingly, the added sedentary behavior seems to exacerbate potential for weight gain.

“Alcohol stimulates appetite, makes us want to eat more unhealthy foods and lowers our inhibitions, all of which can lead to us making unhealthy choices – without even realizing how many more calories we’re consuming,” said Dr. Jacquie Lavin, Head of Nutrition and Research at Slimming World.

“It’s really important to be aware of the effects of alcohol on food intake because it’s so easy to consume a lot more than you mean to when you’ve been drinking.”