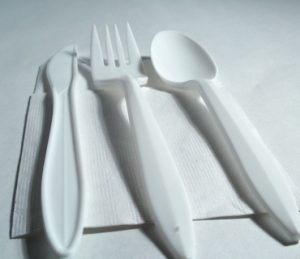 People who suffer from binge eating disorder may have similar decision making patterns as people who have substance abuse issues or obsessive compulsive disorder, a new study reports.

The processes could be rooted in the way the brain is structured in these individuals, researchers wrote in the journal Molecular Psychiatry.

Daily decisions are either based on habit or achieving a specific goal, the team explained. But for some individuals, the decision-making process isn’t something they can easily control – so detrimental choices are repeated even when they deliver negative consequences.

“Seemingly diverse choices – drug taking, eating quickly despite weight gain, and compulsive cleaning or checking – have an underlying common thread: rather that a person making a choice based on what they think will happen, their choice is automatic or habitual,” said Dr Valerie Voon, principal investigator of the study.

Shifts away from goal-directed behaviors

The study included almost 150 people with disorders like binge eating, obsessive compulsive, and drug dependence. Participants engaged in computerized tasks that tested their abilities to make choices – choices aimed at either receiving a reward or choices based on compulsive habits. MRI scans were taken to record brain activity during these tests.

A press release on the study elaborated:

“The researchers demonstrated that all of the disorders were connected by a shift away from goal-directed behaviors towards automatic habitual choices. The MRI scans showed that obese subjects with binge eating disorder have lower grey matter volumes a measure of the number of neurons in the orbitofrontal cortex and striatum of the brain compared to those who do not binge eat; these brain regions are involved in keeping track of goals and rewards.

The researchers went on to say that even in healthy volunteers, lower grey matter in the brain was associated with more habitual decision-making patterns.

“Compulsive disorders can have a profoundly disabling effect of individuals,” Voon said. “Now that we know what is going wrong with their decision making, we can look at developing treatments, for example using psychotherapy focused on forward planning or interventions such as medication which target the shift towards habitual choices.”