Binge Eating Toward Obesity: Why Exercise And Diet Won’t Help 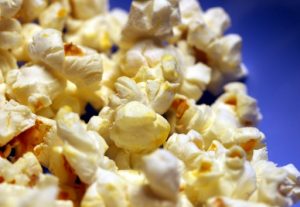 But for chronic overeaters–especially those who are obese–it’s not always that simple. A new study published in NeuroImage confirms that overeating is just another form of addiction, and it’s rooted in the reward and pleasure center of the brain.

Food as an addiction

Findings of the study show that binge eaters with weight problems may not benefit at all from traditional weight-loss programs or nutritional counseling. They need to treat their condition as an addiction, addressing psychological as well as physical problems.

Dr. Francesca Filbey, lead researcher of the study, says that only 5 percent of people who use diet and exercise interventions to lose weight end up being successful–even when they opt for more extreme methods like gastric bypass surgery.

“The reason I’m interested in studying the brain’s reward system in response to food is that current treatments for obesity often do not work,” said Filbey.

Details of the study

Then, participants drank their favorite high-calorie beverages while researchers monitored their brain activity. While consuming these drinks, researchers noted that brain activity in the reward center–the part that controls motivation and memory–was heightened. Patients with more severe symptoms of binge eating had higher levels of activity in that part of the brain.

Filbey says that this activity promotes extreme desires that are often hard to control:

“For someone with addiction, they are constantly bombarded by temptation, which is triggered by cues. For someone with an alcohol addiction, a cue might be driving down the road and seeing a bar or just seeing a wine glass. For someone who has problems with food, it might be the image of a milkshake or the smell of popcorn. Constant cues or triggers are what often makes it very difficult to abstain from substances.”

More research is needed to understand how overeating might differ from, say, alcohol addiction. But researchers hope the study can be a starting point–a basis for new types of obesity treatments that are centered around cognitive therapies, not just lifestyle changes.