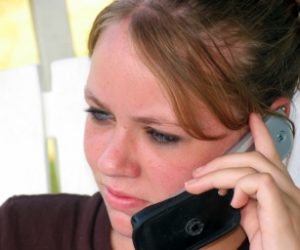 The link between eating disorders and drug use is a strong one, a new study suggests.

Researchers conducted a longitudinal study that aimed to identify negative outcomes for binge eaters and those who “overate without loss of control.” The pool of participants included 16,882 people who were between the ages of 9 and 15 in 1996. Their eating habits were tracked via a questionnaire every one to two years over the course of nine years.

“Given that binge eating is uniquely predictive of some adverse outcomes and because previous work has found that binge eating is amenable to intervention, clinicians should be encouraged to screen adolescents for binge eating,” said Kendrin R. Sonneville, ScD, RD, of Boston Children’s Hospital, Massachusetts.

The authors note that teens’ “loss of control” was an important factor in the severity of binge eating, which may also play a role in why these same teens end up using marijuana and other illegal drugs later on.

And while 90 percent of the study participants were white–teens of other races were grossly misrepresented–the authors say their research sheds light on just how critical a time adolescence is in terms of vulnerability to eating disorders, depression and drug use.