What Is Pro Ana Weight Loss? 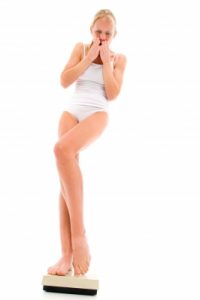 In the world of eating disorders, there’s a movement called “pro ana” – which essentially advocades losing weight through unhealthy and dangerous methods.

The pro ana (short for anorexia) or “thinspo” concepts encompass an ideology where it’s OK to be dangerously thin, eating is discouraged, and even suicide through starvation is sometimes supported.

The pro ana movement found a stronghold online, when websites and blogs started popping up where individuals (mostly women) could find support and resources about living a pro ana lifestyle. Communities have been established that allow members to share photos, experiences, and suggestions for losing weight. Social media sharing sites have made the thinspo/pro ana movement even more rampant. Most sites cater to young women, but there are certain sites that are also geared toward men or children.

The pro ana culture is one that supports self-destruction. Misinformation about health and nutrition tend to permeate pro ana websites, making vulnerable young people susceptible to negative messaging about body image and well-being. Pro ana members claim they find support and community among their peers, a sense of belonging, and a place to feel accepted.

The essential idea behind pro ana is that anorexia is a good thing. Clearly, this isn’t healthy message to be perpetuating, which makes pro ana websites and online communities dangerous and destructive for most people. Many pro ana sites will include stories of women that are deliberately trying to kill themselves through starvation or achieve goals like having protruding bones or waists they can fit one hand around.

While the pro ana movement is widespread on the Internet, many social media sites have cracked down on content or hashtags that support pro ana messaging. Since many pro ana sites advocate dangerously restrictive diets and potentially hamrful behavior, parents can benefit from being aware of this type of content – and limiting access to these types of sites.