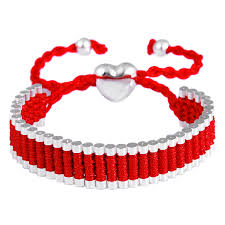 A recent report done exclusively for The Huffington Post UK reveals that there are websites selling merchandise designed to create community and solidarity for people who are “pro” eating disorders.

The “pro-ana” movement, in general, has been around for a while, but, as evidenced by the report, capitalizing on the vulnerability of people with eating disorders by selling them jewelry, diet pills, or other accessories is something we haven’t exactly seen yet.

As the Huffington Post reports, one article on a website reads as a sales pitch for anorexia:

So you want to become an anorexic but don’t know where to start? I was in this position a few years ago.. How can I survive without eating was what I thought to myself.. How can a person become anorexic if they cannot stop being hungry..I came across a natural appetite suppressant.. [which] enabled me to become anorexic fast.

Another site called My Pro Ana sells a red weave bracelet that helps remind anorexics to “stay true” to their diets. The bracelet is currently out of stock, suggesting that the merchandise has a market – but at what cost?

“These sites are enormously negative,” said Dr. Alexander Yellowlees, Medical Director at the Priory Hospital in Glasgow and consultant psychiatrist specializing in the treatment of eating disorders. “Particularly if the individual already has this illness. They are definitely designed to help sufferers become more effective in their methods. They fuel the pursuit of thinness and encourage the anorexic drive.”

A representative from the U.K. eating disorder charity Beat notes that eating disorders are generally very secretive things, so it makes sense that sites encouraging interaction and solidarity would be attractive to people in the throes of their disease.

“Often people use these types of sites to gain acceptance and a sense of understanding and by offering merchandise it’s feeding the idea that this is a community,” the representative said.