Being Underweight Could Be Deadlier Than Being Overweight, New Study Reports 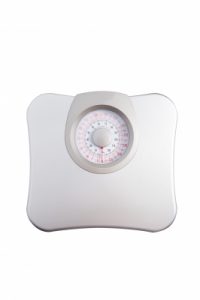 According to statistics from the National Association of Anorexia Nervosa and Associated Disorders, eating disorders have a higher mortality rate than any other mental health condition.

A new study supports this idea as it relates to anorexics who are severely malnourished, suggesting that people who are clinically underweight are more likely to die than even obese individuals.

Dr. Joel Ray, a physician at St. Michael’s Hospital in Toronto, says that there is an obligation to ensure that adults stay at a healthy weight. After reviewing 50 studies on the topic, Ray’s team found that underweight individuals were about twice as likely to die early than their normal-weight peers, and that BMI might not, in fact, be the best indicator with which to measure health.

“BMI reflects not only body fat, but also muscle mass,” Ray explained in a press release. “If we want to continue to use BMI in health care and public health initiatives, we must realize that a robust and healthy individual is someone who has a reasonable amount of body fat and also sufficient bone and muscle.”

In the study, factors linked to being underweight included drug or alcohol use, malnourishment, mental health issues, smoking, and poverty.

Findings from the study are published in the Journal of Epidemiology and Public Health.