Anorexic Teen Throws Herself In Front Of Train, Scratched The Word “Fat” On Her Stomach 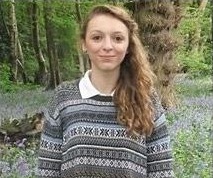 In a horrifying example of what body image issues can drive a young woman to do, a 15-year-old UK girl committed suicide by throwing herself under a speeding train.

Rosie Whitaker had been treated at a South London hospital anorexia unit, but her mom says she was still committing acts of self-harm–this final one being her last. The pathologist who conducted the autopsy on Rosie said that she had the word “fat” scratched on her stomach when she died.

“I told her I loved her and would speak to her next day. That was the last time I spoke to her,” said Rosie’s mother Vanier.

Driver of the train, Andrew Pagram, said that he saw something on the tracks, but couldn’t make out what it was until it was too late.

“I couldn’t see what it was. So many times you see that type of thing and it’s a plastic bag so I decided not to brake but keep a look-out.”

The next thing he knew, he was looking into the terrified face of Whitaker, who, according to a passenger that witnessed her leap in front of the train, screamed, “but not for long.”

Pagram has been taking a leave of absence from work since the accident.

The 15-year-old had apparently been visiting various pro-suicide and self-harm websites before her death. Rosie’s mom called the sites “grave dangers” and notes that Rosie was a warm and loving young woman.

“Rosie made those around her laugh. She didn’t judge anybody. She cared for people.”