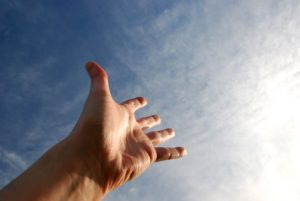 Have you ever heard of EFT? It’s also known as tapping or meridian tapping.

EFT is a powerful new method based on the discovery that emotional trauma contributes greatly to disease. Scientific studies have shown that EFT is able to rapidly reduce the emotional impact of memories and incidents that trigger emotional distress. Once the distress is reduced or removed, the body can often rebalance itself, and accellerate healing.

EFT, or emotional freedom tecnique is an energy therapy which claims our bodies contain invisible energy pathways – meridians – and identified hundreds of
acupoints at junctions along these interconnecting highways. They can be disrupted by life’s vicissitudes; in extreme cases, resulting in not only mental but also physical problems.
EFT works by a person tapping on just nine of these acupoints, while speaking aloud. And this is where it becomes a little
weird. Working in pairs we identify a minor physical ailment and repeat the phrase, “Even though I have this sore knee /headache / lack of energy, I deeply and completely accept myself,” while tapping on the meridian points: the soft part of the hand beneath the little finger, crown of the head, around the eyes, beneath the nose, the chin, near the clavicle and beneath the armpit.

EFT has been used successfully to treat Anorexia and Bulimia completely, naturally and painlessly. With modern techniques and advancement of medical science now there is a good alternative therapy like EFT or Emotional Freedom Technique that can provide you a natural treatment for eating disorders.